A look behind the scenes of this year’s Panto

As the shows are over, we can now share a few behind the scenes photos.

Below is the DSM’s workspace, the glowing blocks on the left are the radio mic receivers. This is just after the half has been called.

If you came to see us, did you spot the rabbit? 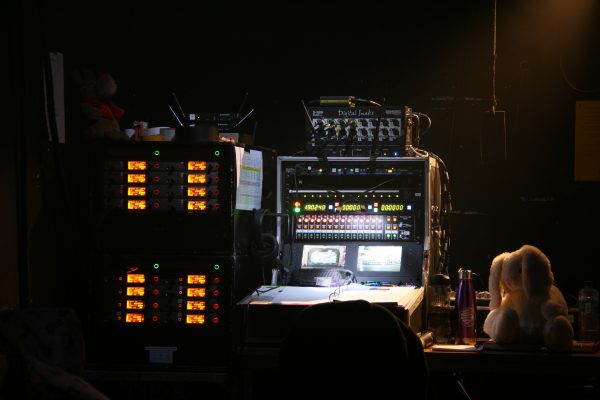 The next photo shows the kitchen stove piece of the set. 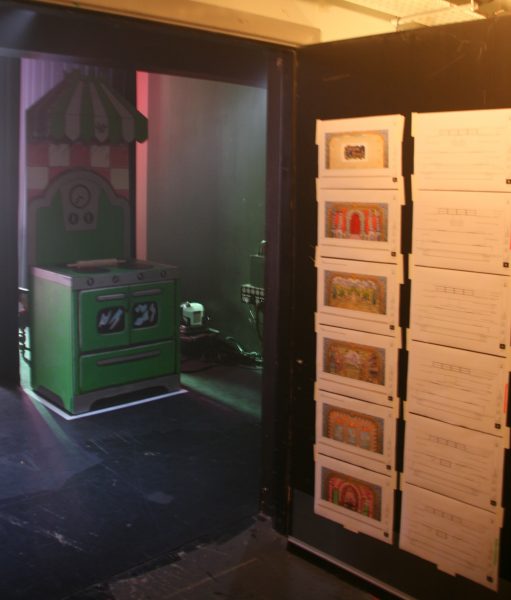 View of the fly floor, including the haze on the closest flight case and the fan to send it towards the stage. Two fly people were needed during the show for certain changes. 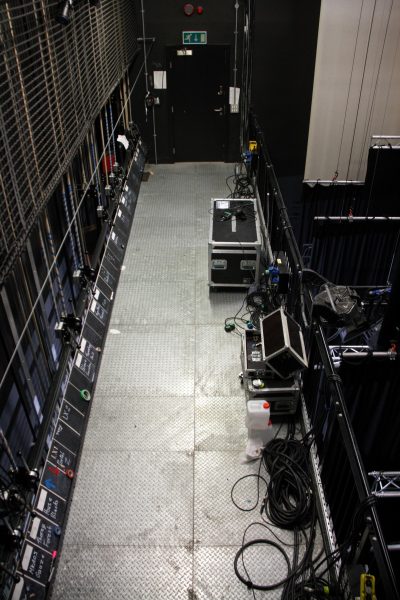 We have started using Sparkular units for the effects in the show as they are more controllable and safer than the true pyrotechnics. This year we only used the four.